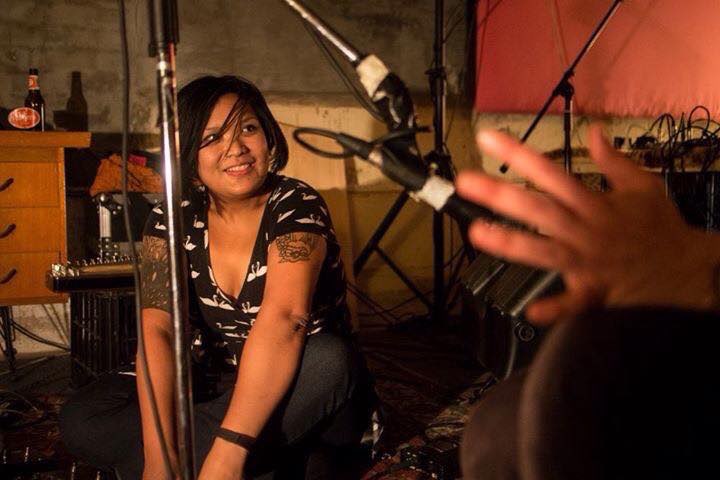 March 2017 – We Need No Swords podcast with Paul Margree

When people use call and response techniques in protests, religious ceremonies, or even in jazz, you can hear people connecting through their voices and their instruments. There is no hierarchy per se but rather just a framework for everyone to have a voice. That is how Ladyz In Noyz works.

people are afraid to talk about gender or race because they are fearful of being too essentialist. But I think it’s weird for musicians and artists not to talk about their identity; I think that by being scared that it could be being derivative to discuss it… part of being a woman is part of who I am, and part of who I am is what I am on stage!

Oh and that bit about noise being an escape from an overly verbose culture. I wanted to elaborate. I sometimes use samples in my music. So the use of words is another instrument. The sounds of letters and the sounds of the voices are, of course, verbal. But I personally like to use them more layers of sound. I also make other types of music where I use lyrics as the momentum of the piece. So this is just more for my “noisier” musics.